The first general systematization of written Chinese in the 8th century bce produced a style now known as “seal script.” Originally engraved in stone or metal, later written on bamboo, silk, and paper, these fluid and evocative logographs were later squared off and standardized in the Han dynasty (206 bce – 220 ce). Modern Chinese characters hark back to this Han “clerical script.” As a written style, seal script has been obsolete for millennia, but its decorative charm has long been recognized and used in the creation of seal stamps. The ornament at the head of each essay is a seal script version of one of the characters from the original Chinese phrase. 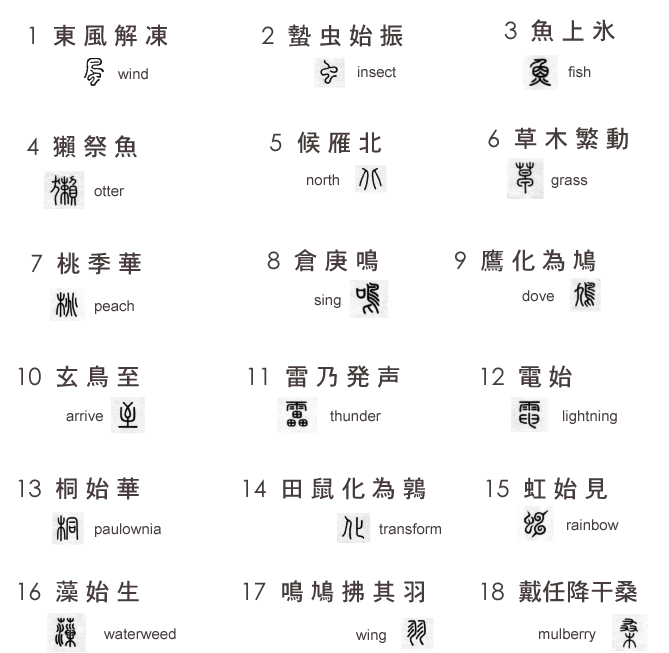 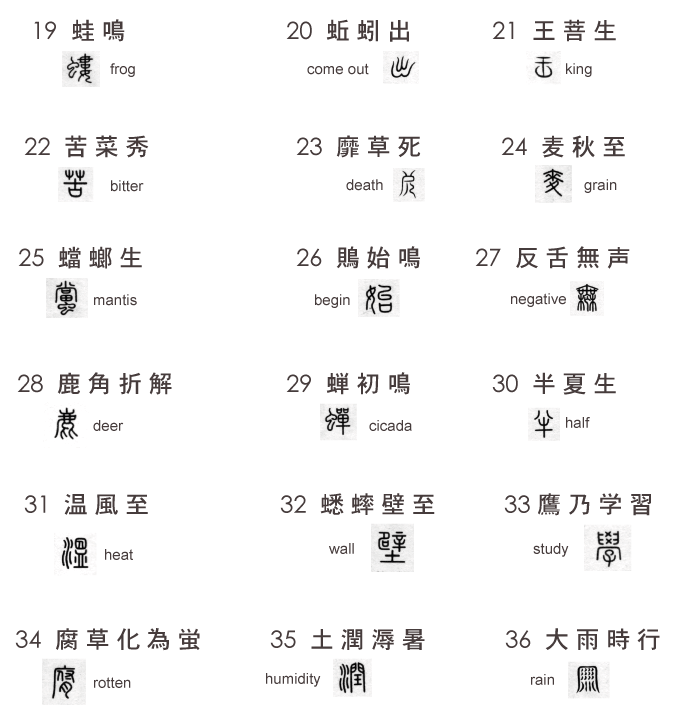 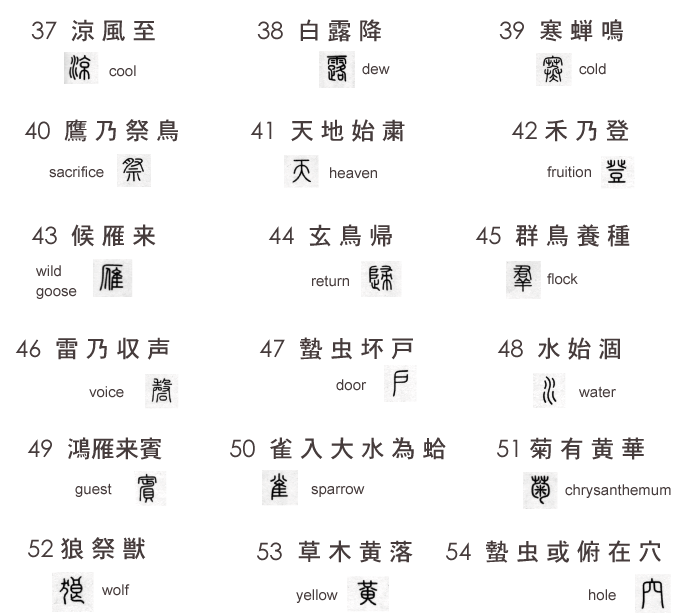